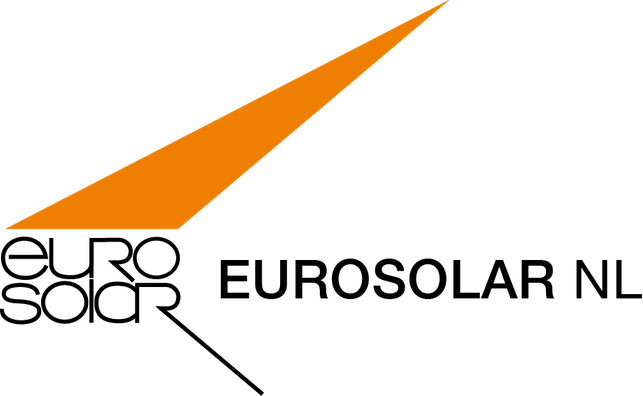 While the Dutch combination of technology  support

and carbon pricing is considered a good approach, the OECD points out several shortcomings that are influencing the roll-out of the Dutch energy transition.   The  exemption of energy-intensive users to pay their fair share is inequitable and may hurt their own competitiveness in the future.  The development of green hydrogen, a long term solution, is hindered while CCS, which is facing significant barriers even in the short term, is promoted. The OECD calculates that the carbon pricing alone would cover the CCS technology development needs, with  the additional SDE++ support giving the CCS developers, who are among the most energy intensive corporations,  windfall profits.

OECD report - Policies for a climate-neutral industry:  Lessons from the Netherlands

Watch  the European Solar Prize Ceremony at De Waag under the following link!

Excerpts from the press release from EUROSOLAR, Bonn.

On the occasion of the current UN Climate Change Conference COP26 and the failure of the G20 countries in climate protection so far, the European Delegates Assembly of EUROSOLAR – European Association for Renewable Energy e. V. addresses politicians and the public with an urgent appeal.   The Delegates Assembly, the highest body of EUROSOLAR with the representatives of its 14 national sections, calls for a Regenerative Europe Decade in order to go beyond the European Green Deal and rapidly transform Europe into an emission-negative and climate-positive continent in view of the atmospheric CO2 concentration increasing far in excess of stable levels.   EUROSOLAR outlines the measures needed to achieve this in its “Call for Action 2021” published today.

“When it comes to climate protection, the G20 countries continue to fail in their central mission – to safeguard the interests of their constituents and ensure their fundamental economic viability.   “It is irresponsible to demand climate neutrality with the today’s CO2 concentration of nearly 420 parts per million", which is 1.5 times the historically stable value of 280 ppm.   Emission targets need to aim for a significantly lower concentration of CO2 in the atmosphere, which is absolutely necessary, in order to secure the basis of existence of our societies.

“Far more effective measures will be required than those which have been discussed by politicians so far.”   Already in January last year, the Board of EUROSOLAR had declared the Regenerative Decade and in this context described ten measures that are mandatory to realize a rapid transformation towards a climate-positive economy and society.  In the ten-point paper, EUROSOLAR further calls for the mobilization of a climate defense budget to finance a phase-out of fossil fuels and a transformation to 100 % renewables within less than ten years, the implementation of a European and global climate migration management planning, as billions of people will seek new homes due to escalating global heating, and besides agricultural and soil management transformations demands the commitment of industry to carbon removal and material product binding processes.